No Doubt – BEST Video of the Week:

From the “Tonight Show”…  I love the line “I’m smiling too.”

Pictures  of the Week:

Perhaps this one would be better titled: Most Painful of the Week.  Here is the story behind the X-Ray. 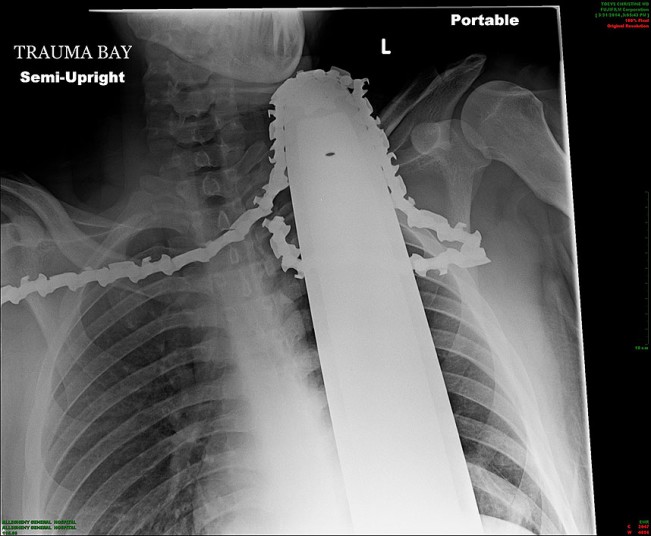 This is from China.  It’c called a “Gas Bubble”.  Guess why.  The answer is at the bottom of the post. 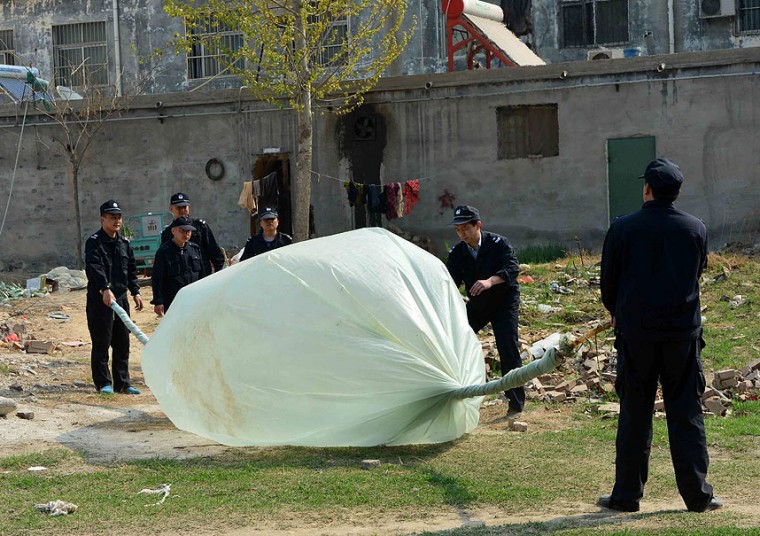 I love my Honda snowblower… but I’d trade it for this.  It’s the new World Record holder for lawnmower (yes, in order to qualify for the title it has to mow too!).  How fast did it go?… read about it an watch it. 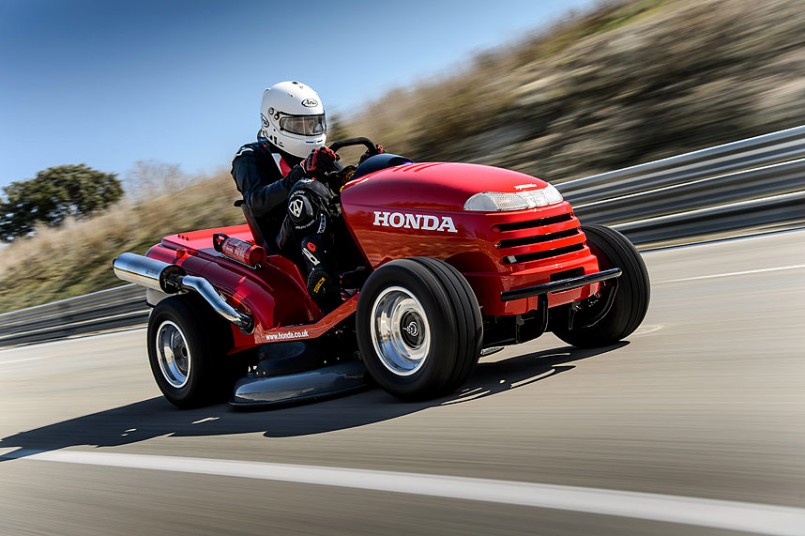 Russia’s next move with … Japan:

I bet you’ve never read an article from The Japan Times.  Read this and you can brag to your friends about how much you know about international affairs!  Serious, I found “Japan’s Russian Dilemma”  fascinating, especially this, “many Ukrainians were brought to the islands during the Soviet years, and still live there. If an independence referendum were to be held on Etorofu Island, where some 60 percent of the inhabitants have roots in Ukraine…”

Before you read the list, get out a pencil and paper and take a guess what the top 10 states that people are exiting from.  After you read the list, I’d love to hear your thoughts on what -if anything- these states have in common?

Good for the Pope.  Last week he Pontificated on why the Italian mafia’s bad behavior might disqualify them from heaven!  Seriously though,  Dennis Prager opening lines from, “Pope Francis Threatens Hell… Hooray!” are, “Last week, Pope Francis warned Italy’s Mafia leaders that if they continue their evil ways, they will go to hell.”  and the last line is, “But at least the juxtaposition offers the world clarity about the contemporary moral state of Christian and Muslim leadership.” what lies between the beginning and the end is one weeks best reads.   Speaking of Dennis, I went saw him and Eric Metaxas speak this week in Sacramento.  Awesome.  Dennis was one of first people I ever heard explain how “Leftism” is a religion, in every way that Judaism is for him.  This week he wrote about it in, “Judaism, Christianity, Environmentalism”.

Demand Diversity! (unless your diversity is different than ours):

The truly sad case of the sacking of the Mozilla CEO shows the tolerance limit of the tolerance crowd (which doesn’t ever seem to reach outside of their own views).   Of the insights that I read, I found the The Atlantic article, “Mozillas Gay Marriage Litmus Test Violates Liberal Values” to be the most interesting (especially considering that it’s a left-leaning publication).   It seems an odd coincidence that his $1,000.00 donation (8 years ago) would fall squarely under the realm of fee speech, speaking of which the Supreme Court ruled on campaign finance donations this week…

Definitive Law of the Land (in another 5-4 split vote):

Oh the privilege of living in a free democracy!  Where any average citizen can now donate $2,600.00 to as many candidates as you please!  I agree that money ought to be recognized as speech in politics but when individuals can give this kind of money to candidates (not to mention even more to Political Action Committees) it’s hard to see how the speech (dollars) of the average citizen is being heard unless you’re doing a lot of speaking (=give boat loads of cash).  Currently it’s the best political representation money can buy!  Here is George Will’s reaction in the Washington Post.  After all that’s been said about the Koch brothers in the last few years and the gobs of money they’ve spent in politics, I assumed that they were responsible for all that’s wrong with politics in America… but if half of what Charles Koch wrote this week in the Wall Street Journal is true, maybe they are saints?   The comments I found most compelling came from the liberal Michael Kinsley , “The power of money in politics, in other words, is only as large as we allow it to be. What we need are a few more campaigns where the amount an opponent is spending becomes an issue itself.”

How Much is too Much:

Before you read this article about Caterpillar’s tax bill, ask yourself what should the corporate tax rate be?  And at what point do companies like Caterpillar say enough is enough and start moving job and plants to other countries where the tax rate is cheaper?  On a personal level… if you could vote in a flat tax for all Americans to pay, what % would you set it at?

Ever heard of Hamid Aboutalebi?   The State Department will have to approve his visa to become the UN Ambassador from Iran…  He happened to be one of the students involved in seizing our embassy in Tehran in 1979.  This and 8 more ways the President is being “Dissed” by the world from the Wall Street Journal.    The second term is rarely easy on any President this one seems to be no exception…

Four Things We Get Wrong on WWI:

I love history.  I read a lot about World War 2.  I know almost nothing about World War 1.  After reading this article , even the little that I thought I did know (at least 2 out of the 4 listed) may be wrong!

Getting Right to the Point:

It takes all of 2 minutes for David Berlinski to rip into the popular scientific community.  Never one to beat around the bush, at every turn in his 44 minute interview on “Uncommon Knowledge” his sharp opinions don’t disappoint.

You may never eat chicken again.  Here is a book review (I just ordered the book) of “The Meat Racket” about how the giant chicken company Tyson uses,  “a tournament system, Tyson now compares how well each farmer is able to fatten his chickens and pays him accordingly. Less efficient farmers are driven out of business.” 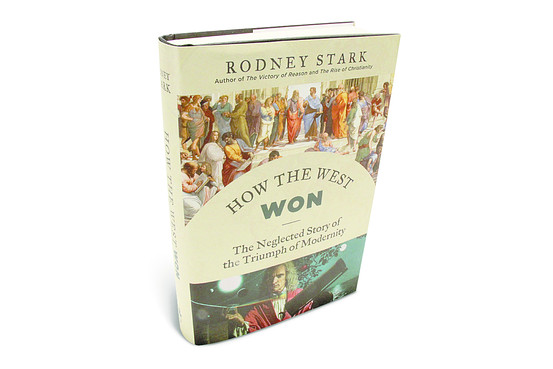 I love Rodney Stark.  I have read 5 of this books and can’t say enough about his work.  He’s an outstanding historian/sociologist and can write on the subjects in a engaging fashion.   His latest book, “How The West Was Won” is reviewed here in the Wall Street Journal.  In his new book he, “details how and why the vital aspects of modernity—defined here as a combination of sensible economic arrangements, political freedoms and scientific knowledge—developed in the West rather than elsewhere. In the process he adds considerably to the content of the old Western Civ courses, which would often discreetly ignore the contribution of Christianity and neglect practical matters such as advances in technology and banking.”

Answer:  “Police officers and security guards are seen confiscating giant home-made plastic bags used to steal natural gas from underground pipes in Puyang, China. Officers said the gas stealing has been prevalent in the region for a long time, and it’s not only causing economic losses to the gas companies but also poses a grave risk as the bags are like ‘moving bombs’. Local villagers pump the natural gas from a nearby oil field into their home-made plastic bags in order to take it home and use in the kitchen. According to one local a ‘bag’ of gas lasts for around five days when connected up to her stove.”

Have a great week everyone!   If have recommendation for me for next week, email it me!

0 243
Injustice: Hans’t Christianity Been An Instrument For Oppression?

0 251
The Power of Humility & Sacrificial Service