I have two weeks worth for you on this update.  I was at our annual “Bass Pastors Classic” fishing tournament this last week.  Had the three older boys with me camping.  Had a great time with them!  The week lead up to going camping/fishing was crazy and I was preaching too so no update before I left… 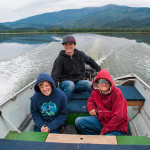 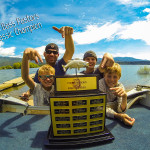 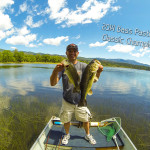 Talk about a run away winner!  But talk about distorting the news!   Who in the world would group Chipotle with Burger King?  Chipotle as a “fast food”?  NO WAY!  Chipotle is so good it should be it’s own food group!!! 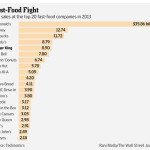 I talked about Prom this last week in my sermon… here is a great prom story, “This High School Hero Took His Great-Grandmother to Her First Prom”.

The Wall Street Journal had this intriguing by-line, “In China, Another Argument for Peeing in Public”.

Life imitating art?  The SF Gate says that Lebowski has come to life!  “Jeffrey Lebowski, better known as the Dude, is arguably the most successful fictional Californian of the past two decades. Created by the Coen brothers in their 1998 film “The Big Lebowski,” and embodied by the actor Jeff Bridges, Lebowski became a cult favorite for being an outsider (in his own words, not a member “of the square community”)…  Yes, Dude, there are signs that you are no longer the outsider. Indeed, no movie character better represents the 2014 California mainstream than Jeffrey Lebowski.”

Who are Anabaptists?  What do Anabaptists believe? Ed Boschman, Executive Director of the U.S. Conference of Mennonite Brethren Churches explains.

From The Atlantic: “How Did Canada’s Middle Class Get So Rich?”

What?  No iPhone for a week??? :  “To Attract Campers, a Promise They Will Unplug”

Talk about Alice in Wonderland… “Iran Wins Top Spots on U.N. Human Rights Committees”, a typo?   Remind me why we are funding the majority of the UN again?

From the Brookings Institute:  “Three Reasons Equal Opportunity Is Impossible”

How Personal Relationships Threaten The Power of the State

Here’s Hoping Your On the Top Tier:

A friend of mine who is a family doctor warned me about this 2 years ago.  Stanfords Hover Institution wrote a  piece, “The Coming Two-Tier Health System”, the facts are that, “52% of physicians have already limited the access that Medicare patients have to their practices, or are planning to, according to a 2012 survey by Merritt Hawkins for the Physicians Foundation. More doctors than ever already refuse Medicaid and Medicare due to inadequate payments for care, and that trend will only accelerate as government lowers reimbursements.”

Heather Wilhelm’s article, “The Great Income Inequality Sham”  is one of the best takes I’ve read on the Piketty topic,  “The real reason for the Piketty craze, at least among certain elite circles, is this: It’s a lot more fun to pretend that some archetypal rich guy is the problem than to admit that the problem might actually be you, your friends, and your priorities.”

I’m fascinated that a 81 year old man with a 31 year old girl friend (who badgered him and secretly recored it) would be news.  Anyone who follows the NBA knows that Sterling is goon.  So whats the news?  Donald Sterling is not a racist, he hates everyone regardless of their gender and ethnicity!  The affair did produce some good opportunities to examine some of  the hypocrisies in culture that are rarely talked about.  The NYPost story pointed out both the lack of moral courage and the NBA’s hypocrisy in dealing with Sterling in, “NBA’s ‘zero tolerance’ hypocrites feast on Sterling’s carcass”.  Larry Elder wrote a good article called,  “Memo to Magic: What Would Larry Bird Do?”

What I found most fascinating about the story is that it illustrates that one of the saying we all grew up with really is no longer true.  “Stick and stones my break my bones but words will never hurt me”, we value words more than actions.  An NBA owner who doesn’t act like a racist (employs a black GM for 22 years. His current coach is black, as are 12 of his 14 players. His payroll is the sixth highest in the NBA. His former girlfriend is a black Latina) but his words, completely repulsive, seemed to have little effect on how he treats people and makes business and personal decisions.  Ben Shapiro wrote, “But the big problem here isn’t hypocrisy. The big problem is that the market is turning on Sterling not over action, but over words. Sterling’s a pig, and that’s been no secret for decades. But what triggered America’s response? Sterling’s thoughts. American society now considers expression of thought to be significantly more important than action.  This is the thought police at work. Feelings matter more than action. Words matter more than harming others.”

How Do You Read: 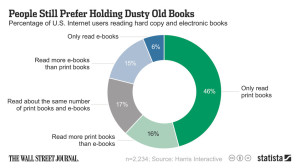 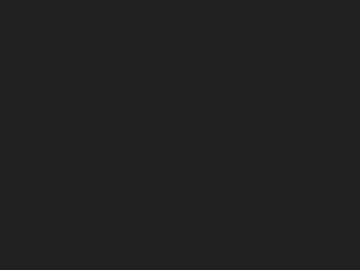